Agra was the seat of the Imperial Mughal Court during the 16th and 17th Centuries. Later, Delhi became the new capital. Agra trip is one of its kind. The city is located on the bank of Yamuna. Along the Grand Trunk road. Flourished under the patronage of the Emperors Akbar, Jahangir and Shahjahan. Attracting artisans from Persia and Central Asia. Also from other parts of India, who built luxurious forts, palaces, gardens and mausoleums. Among these, Agra Fort, Fatehpur Sikri – Akbar’s abandoned capital and the Taj Mahal are the UNESCO world heritage sites. Agra has several tourists site. Agra trip includes a visit to these historic places. After the decline of the Mughal empire, the city came under the rule of Marathas and Jats. Until Britishers took control in the early 19th Century.

Agra was known as Akbarabad during Mughal empire. It was also the capital of the Mughal Empire under Akbar, Jahangir and Shah Jahan. This was the golden age of the city. Shah Jahan later made Shahjahanabad as his capital in the year 1649.

Akbarabad was one of the most important cities in the country that time. Therefore, a lot of building activities took place here during the Mughal period. It started with the founder of the Mughal dynasty, Babar. He laid out the first formal Persian garden on the banks of river Yamuna. This was named as Aram Bagh or the Garden of Relaxation. His grandson Akbar the great laid the foundation of the Great Red Fort.

Apart from this, he also made Agra a centre of learning, arts, commerce and religion. His son Jahangir had a great love for flora and fauna. He laid many gardens inside the Red Fort. Shah Jahan was very keen for his love of architecture. He gave Akbarabad it’s most precious monument, the Tah Mahal. Built in the memory of his beloved wife Mumtaz Mahal. The capital was shifted to Delhi during the rule of Shah Jahan. His son Aurangzeb shifted the capital from Delhi to Akbarabad. It remained the capital of India during his rule until he shifted his capital to Aurangabad in 1653.

Agra has always been a tourist spot for decades due to its many Mughal-era buildings. Among these, the most notable are the Taj Mahal, Agra Fort and Fatehpur Sikri. All of these are UNESCO world heritage sites. Agra is the part of many golden triangle tours along with Delhi and Jaipur. It is also included in the Uttar Pradesh Heritage Arc, the tourist circuit of the state. Lucknow and Varanasi are also the part of the circuit. Agra falls in the Braj cultural region.

It is situated on the banks of river Yamuna. It is 378 km west of Lucknow, the state capital and 206 km south of the national capital. Agra is one of the most populous cities in the state and 24th most populous in India.

Agra was the capital of the nation during Sultan Sikandar Lodi's reign. He was the first to move his capital from Delhi to Agra in 1506. He governed the country from Agra. After the death of Sultan Sikandar Lodi in 1517, his son Ibrahim Lodi took the charge and he was in power for nine more years. He built several palaces, wells and a mosque during his period until finally defeated in the battle of Panipat in 1526. Later, the city was ruled by Afghans between 1540 and 1556 beginning with Sher Shah Suri. It was also the capital for almost a century during Mughal empire from 1556 to 1658. 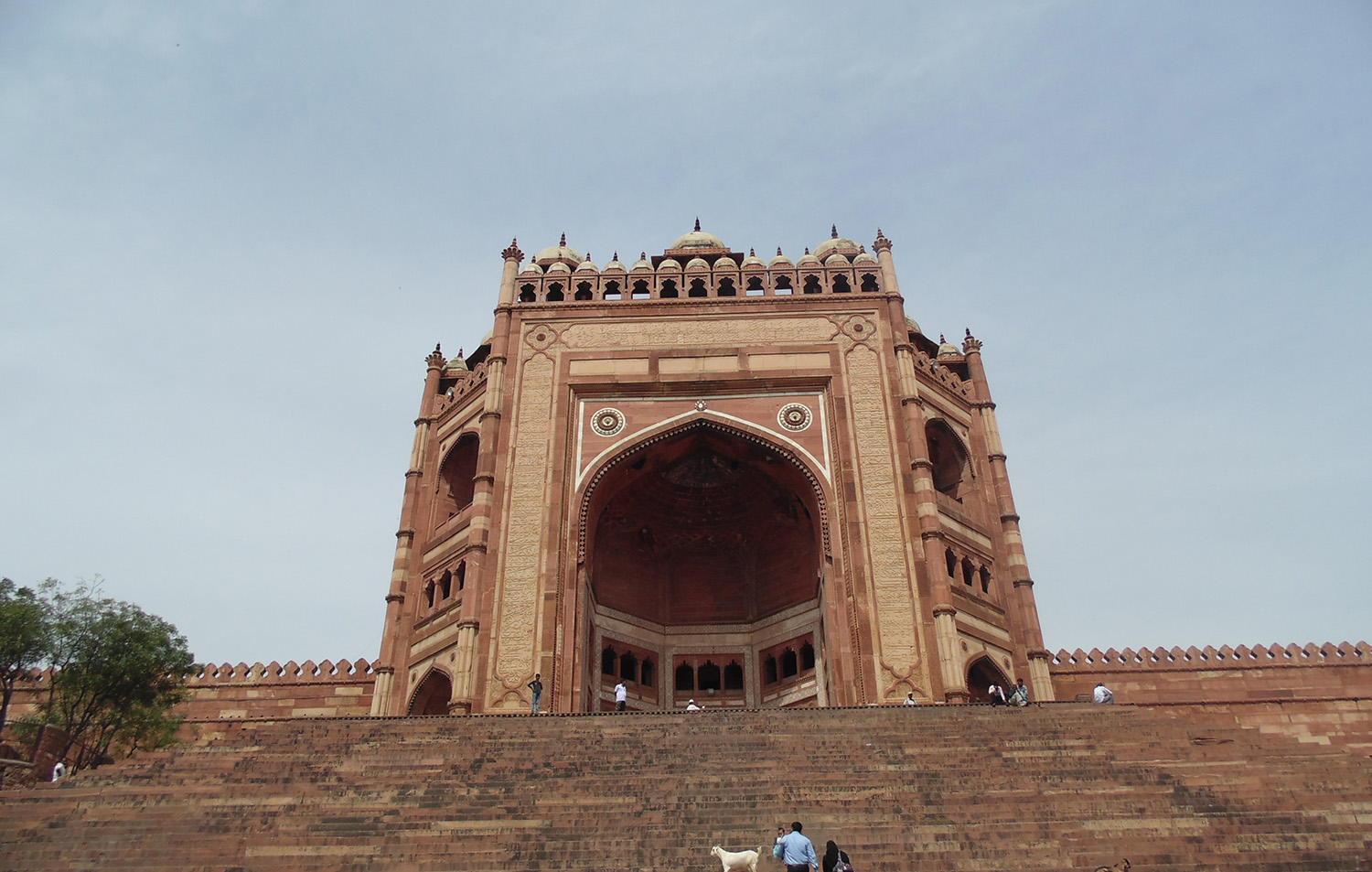 Agra And Taj Mahal Tour From Delhi By Superfast Train

Agra Food Tour with a Walk in Spice and Vegetable Market

Agra
This Agra wildlife tour will take you to the amazing experiences of the wildlife. Insights of the to More info
Book now

Agra, Jaipur, Amritsar
Golden Triangle and Amritsar Tour The Golden Temple in Amritsar is a nice one you should explore whi More info
Book now

Golden Triangle Tour of Agra and Jaipur from Delhi

New Delhi, Agra, Jaipur
Golden Triangle Tour of Agra and Jaipur from Delhi Explore the Unending Beauty of India with This In More info
Book now

In Search of Buddha

New Delhi, Agra
Exploring Buddhism with the History of Lord Buddha Want to explore the Buddhism? No worries! We are More info
Book now

New Delhi, Agra, Jaipur, Lucknow
Discover India in a Complete Different Way with India Food Tour Are you a foodie? If your answer is More info
Book now

Agra, Jaipur
ONE DAY AGRA TOUR FROM JAIPUR India is a magical place to spend a nice and cosy vacation. If you are More info
Book now