Experience the Jodhpur trip on the eastern fringe of the Thar Desert, Jodhpur dubbed ”the Blue City”. After the colour-wash of its old town houses sprawls across the arid terrain. Watched over by a mighty walled fort that emerges from a vertical rocky outcrop. It was once the centre of Marwar, the largest princely state in Rajputana. Today, it has a population close to half a million.

Most of the tourists that stop in Jodhpur only stay for a day. Squeezing in a visit to the fort and palaces before heading west to Jaisalmer (300km) or east to Jaipur (320km). It’s a shame to rush the place though. If you spend more time you’ll be able to explore the bazaars of the old city. Search out puppeteers and dyers, and get a taste or rural Rajasthan by taking a trip to the surrounding villages.

Life in Jodhpur focusses very much around the fort. Still almost completely encircled by the strong walls erected by Rao Maldeo in the 1500s. The blue wash applied to most of the houses huddled beneath it is often erroneously said to demote high-caste brahmin residences. In fact, it originally resulted from the addition of copper sulphate to white limewash. To protect the buildings from termites and other insect pests. Over time the distinctive colour caught on and there’s now even a blue-wash mosque on the road from the Jalori Gate, west of the fort.

Jodhpur trip includes the bazaars of the old city are around the tall clock tower, with different areas assigned to different trades. Locally made goods include tie-dye, puppets and lacquered jewellery, GPO and hospital. Beyond the walls, more modern buildings spread east and west of the old boundaries, the domes of the splendid Umaid Bhawan dominating the scene to the southeast. Immediately to the east of the old city, by the Mertia Gate, the Umaid Gardens (daily 5am-4.30pm) house the rather uninteresting Government Museum, and a zoo with larger than usual enclosures. For photos, click here.

In 1459, Rao Jodha of the Rathore clan moved the capital of Marwar state several kilometres from the exposed site of Mandore to a massive steep-sided escarpment, where he named his new capital after himself. The high barricaded fort proved virtually impregnable, and the city soon amassed great wealth from trade en route to the ports of Gujarat. Not surprisingly, the Mughals were eager to take over Jodhpur, but realizing there was little prospect of that, they presented treaties and riches to the Rathores in exchange for military aid in their onslaught on Gujarat. A marriage alliance between Udai Singh's sister and Akbar in 1561 ensured the most friendly of terms.

However, the tide turned in the mid-seventeenth century, after Jaswant Singh joined Shah Jahan's forces in an unsuccessful bid for power against his fellow Mughal Aurangzeb. Aurangzeb set out to purge his enemies and demanded the death of Jaswant's young son, Ajit Sing. That demand was not satisfied, but Jodhpur was sacked in 1678. 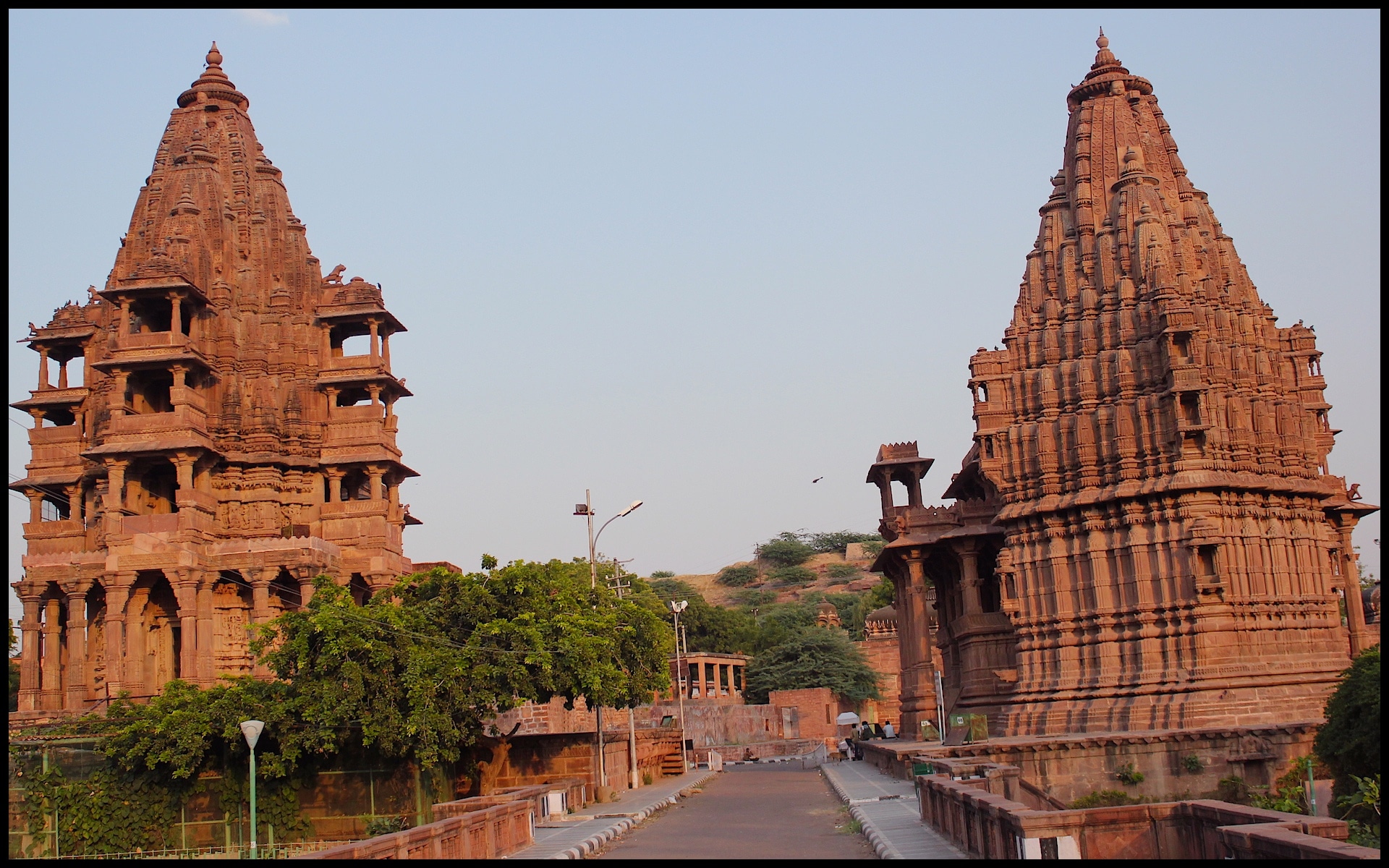