This guided India street food tour allows you to hop in and out of traditional roadside eateries. This gives you an opportunity to try a variety of different kinds of delicious local foods. You get a guide and own set of cutlery and basic dining gadgets with this tour. That allows you to experience the best in traditional restaurants. They not only invent recipes but also make them perfect. With no worry about how to eat without a fork or to wipe your hands clean after you finish.

Lucknow can very well be termed as a city that has carved a niche. It is possible by attracting gastronomes for the want of discovering and re-discovering Awadhi Cuisine. Up to now, Lucknowites spend the most of their earnings and time on their kitchens. Lucknow has a place that has a colony of chefs called ‘Bawarchi Tola’.  Lucknow also has a full street where one can find the best Indian street food straight out of Lucknow’s kitchens. This evening India street food tour allows you to hop-in and hop-out of traditional roadside eateries. This enables you to try the best that the menus have to offer.

Mubeen’s Pasanda (thin meat ribbon/slivers taken from the hind leg of a lamb or beef marinated with spices and yogurt for hours, set on a skewer and baked on an open charcoal barbecue, served with Sheermal – a specially baked bread made with milk, ghee, saffron and sprinkled with orange colour).

Tundey’s Kebab (finely minced meat mixed with more than 160 secret Indian spices, herbs and raw papaya and shallow fried on a special pan called “mahi-tawa” over the charcoal fire. This preparation is served with Luckhnawi Paratha – a variety of bread made on an inverted, round bowl with the spread of ghee).

Raheem’s Nihari Gosht (lamb meat chunks served in curry with special bread called Kulcha that is made of fine flour and baked in earthen ovens set below the ground level).

Rehmat’s Halwa (this shop prepares sweetmeats in small quantity and stocks only a few for consumption within a day. Their specialities include Habshi Halwa, Lauki Halwa, Jauzi Halwa and Kali Gajar Halwa. The process involves slow fire reducing for hours and hours together, some varieties take as long as eight hours and involve a great labour). 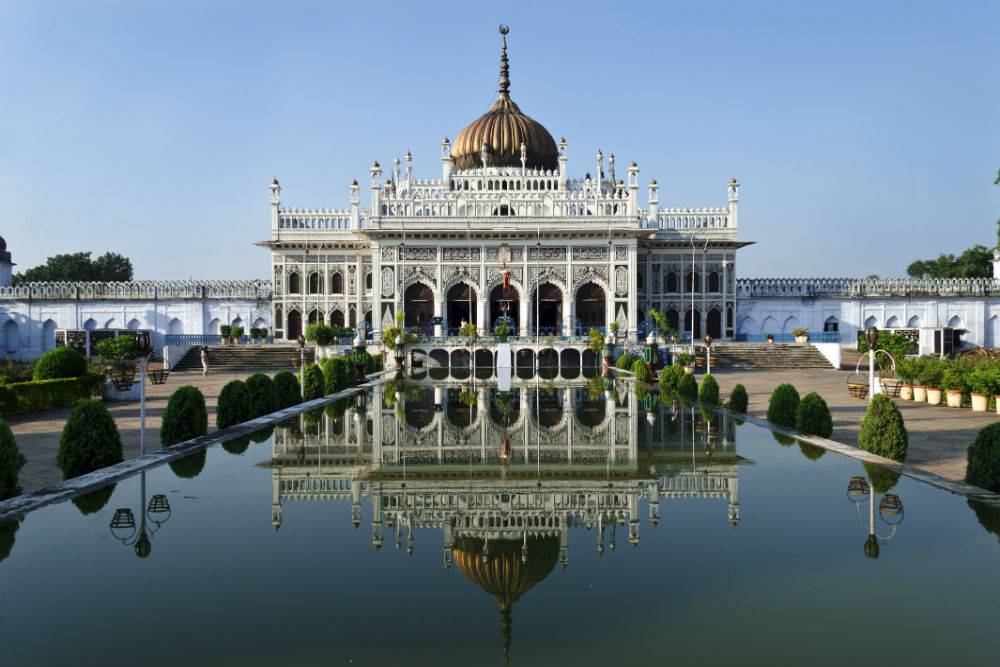