Changing color of the Taj Mahal

The color of the translucent marble of the alluring monument Keeps on changing from dusk to dawn. The Taj Mahal is made from white Makrana marble which is the most famous marble in the world, these marbles have the characteristic to reflect sunlight in different colors.

Because of these marbles, the Taj Mahal looks golden in the morning, bright white in the afternoon, and looks blueish at night. 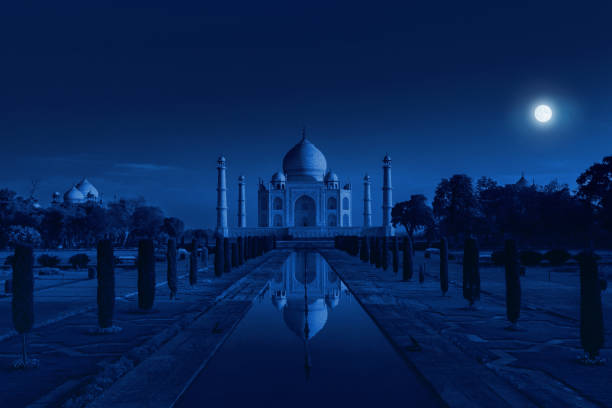 It said that the Mughal Emperor Shah Jahan chopped off the hands of the workers who built the magnificent Taj Mahal. But, it is nothing more than just a myth.

Around 32 million Indian Rupees were spent in order to complete the construction of the Taj in 1653. In today’s time, the cost of the Taj Mahal would be around 70 billion Indian Rupees or 1 billion US dollars. The Taj Mahal is considered one of the most expensive buildings in the world. It contains various precious stones, use of the world most expensive Marble, etc.

More than 30 varieties of stones used

The symmetry of the Four Minarets

The tomb of the Taj Mahal is surrounded by four minarets. All the minarets are of equal size that leans outwards. It is believed that all these minarets are built to protect the tomb during an earthquake or any other natural disaster All these four minarets provide not only protection to the tomb but also give a three-dimensional look. The height of these minarets was 130 feet.

There are more than 10 replicas of the Taj Mahal around the world. But none of them are as beautiful and divine as the real one.

Back up
x
x